Designed by San Diego architect John Mock for Frank L. Hope and Associates, the museum is considered one of the more important examples of
midcentury southern California modernism. 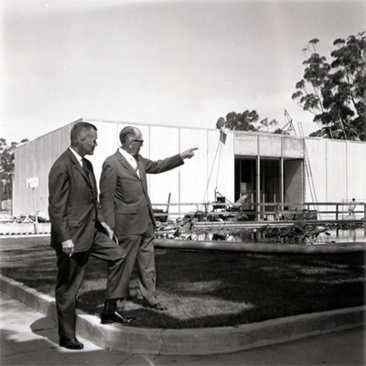 The groundwork for the Museum began in 1951. The main design feature was to embrace Balboa Park from within the building—in contrast to other Balboa Park structures that focused internally on their own exhibitions.

The symmetry, balance, and palette of materials (travertine, bronze, and glass) set the stage for an experience unlike any other structure in Balboa Park. Visitors can enjoy the lily pond to the east and the Plaza de Panama to the west. Garden courts dissect the structure’s middle and blur lines between interior and exterior spaces and engage San Diego’s moderate climate and abundant sunshine.

According to experts, the Timken represents some of the best evidence of 1960s modernity by some of the best talent San Diego had to offer. It is a major example of a post-World War II trend to build contemporary museum buildings to display the art of the past. Examples of such buildings include Kahn’s museums at Yale University (1953 and 1976) and the Kimbell in Fort Worth (1972), William Pereira’s 1966 Ahmanson Building at the Los Angeles County Museum of Art, and Philip Johnson’s museums in Utica, New York. 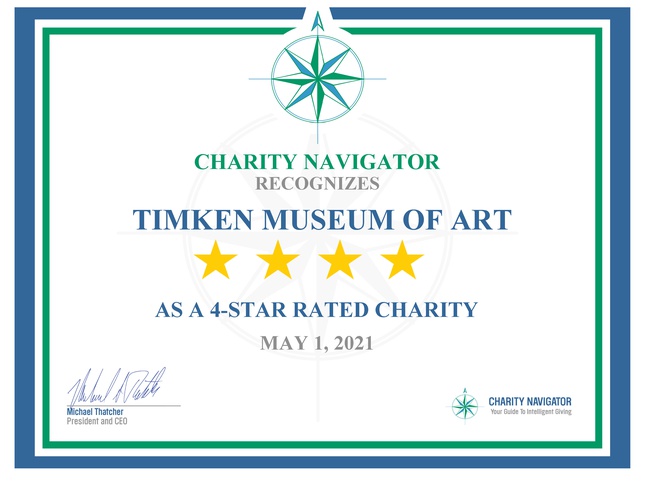