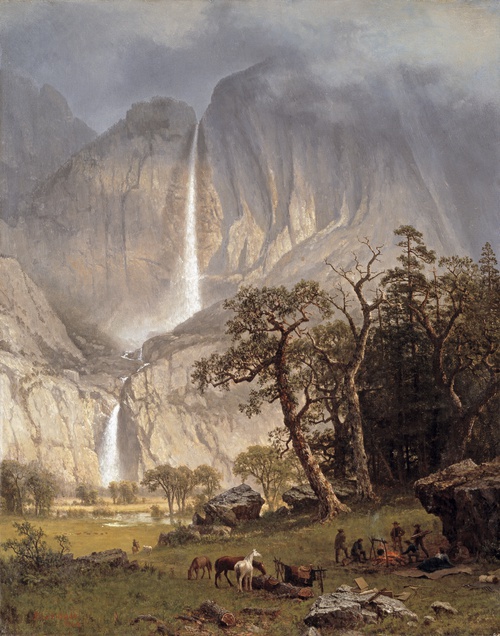 During the 19th century, the first truly American art movement began. This school embodied by a collective of landscape painters had an aesthetic vision driven by Romanticism. Importantly, Hudson River School paintings mirrored three themes of America in the 19th century: discovery, exploration, and settlement. Initially, these artists focused on depicting the Hudson River Valley and the surrounding areas, including the Adirondack, Catskill, and White Mountains. Later the second generation of painters expanded their vision to include other regions such as New England, the Maritimes, the American West, and South America. Thomas Cole is generally recognized as the founder of the Hudson River School. We are indeed fortunate to have a superb collection of second generation Hudson River School paintings in the Timken's American Gallery. This docent-led talk will highlight the Timken's masterpieces from this time period and discuss their prominence in the history of American art.

Please note this lecture was originally on May 29th but has since been rescheduled.