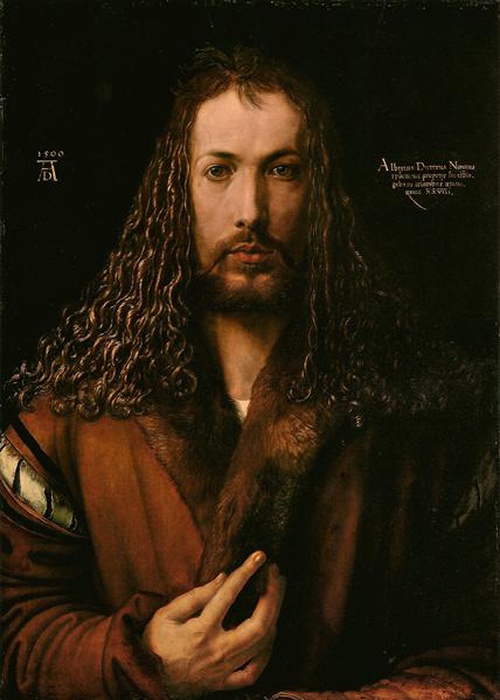 Dürer was so great an artist, an all-encompassing thinker that he was almost a Renaissance in his own right. He did it all: The first self-portrait, the first portrait of an animal, the first realistic landscape drawings. Dürer was interested in nearly everything, building up an Encyclopedia of his own time. It's fair to say that without Albrecht Dürer, printmaking as we know it would not exist. And even though his fame was largely built on his prints and graphic style, his financial income was secured with commissions of paintings of religious subjects and portraits, and these works remain held in high esteem for their draftsmanship and use of color. He was, and remains the most famous artist of the Northern Renaissance who successfully integrated an elaborately-detailed Northern style with Italian Renaissance's ideals of balance, coherence, and monumentality. In today's docent-led talk we'll join Dürer in his journey to celebrity status, gaining an understanding of why and how his art remains as important to us today as in his time.