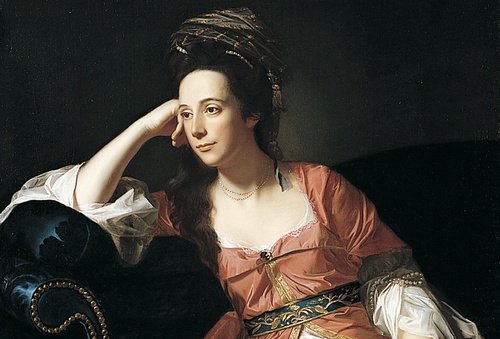 John Singleton Copley began his career in Boston painting portraits which contributed vitally to the forging of a social identity for the American merchant class. While the American Revolution was brewing, Copley was busy painting portraits and expanding his reputation as the premiere artist in pre-Revolutionary America. His portrait of Mrs. Thomas Gage was an unusual example. She was the wife of Thomas Gage, commander in chief of the British forces in North America. The beauty of her portrait was undisputed. The artist himself deemed it “beyond compare the best lady’s portrait I ever drew.” When he sent it to London, there were those who criticized it because they expected that a portrait of the distinguished wife of a British commander would be less artistic, less informal, a more rigorous likeness. Was there more to Margaret Kemble Gage than her beauty and her languid pose? Join us for this docent-led talk to learn more.