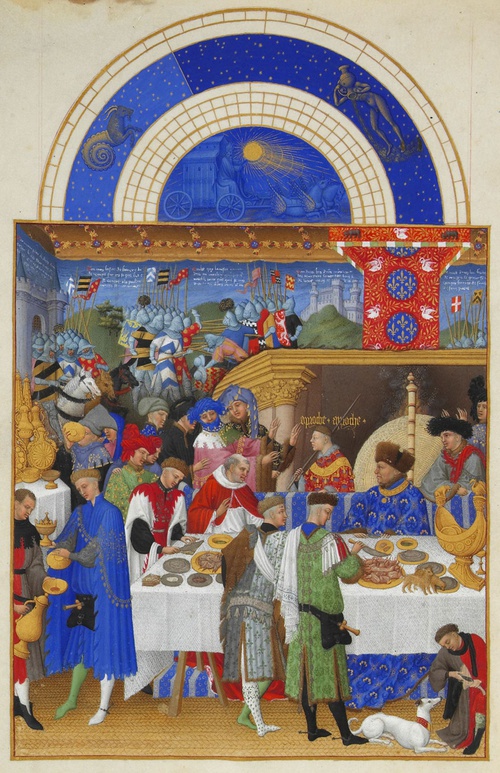 The history of illuminated manuscripts is filled with beauty and intrigue. These hand-written books which were prized throughout Europe had painted embellishments often utilizing precious metals such as gold and silver. The pages of these miniature works of art were made up of animal skins called vellum. Their subject matter was usually Christian scripture, practice, and lore. Illuminated manuscripts were produced in Europe between 1100-1600 and often originated from monasteries or were commissioned by wealthy individuals who wanted them for their personal libraries. Between the 13th and 15th centuries upper class patrons supported the creation of private workshops that flourished primarily in French and Italian cities and their surrounding courts. One only has to look at the masterpiece Les Tres Riches Heures du duc de Berry by the noted Limbourg Brothers to understand how amazing and prized these handmade books were. By 1440
however, their popularity began to diminish with the ability to mass produce books with the advent of the printing press. In this docent-led talk, significant manuscripts will be discussed along with their influence on the art of the late Medieval and early Renaissance.