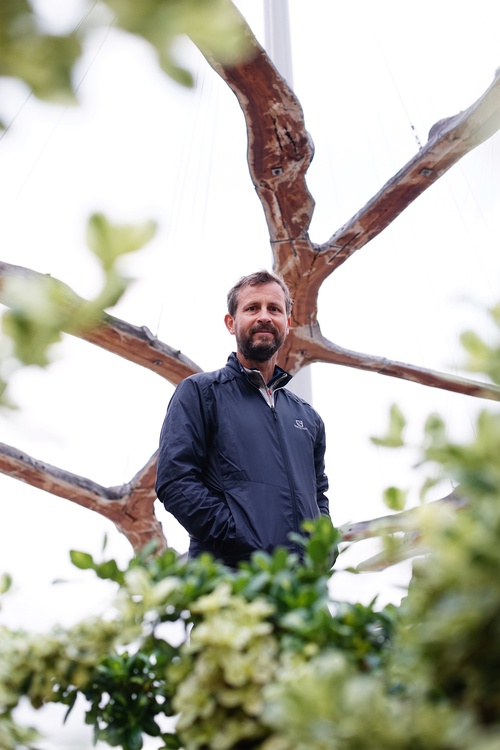 Roman de Salvo's "Electric Picnic"
This lecture will feature Roman de Salvo, the Timken's artist in residence who will speak about Electric Picnic, a 3-dimensional artwork on display at the museum from June 28 until August 25, 2019. Electric Picnic was inspired by the Timken's Blindman's Buff, 18th-century painting by the French artist Jean-Honoré Fragonard. De Salvo will talk about the thoughts and ideas that went into the making of Electric Picnic and share insights into his artistic process.

Roman de Salvo is a sculptor and conceptual artist who takes mundane objects and materials and employs them to surprising effect, turning electrical conduits into elegant wall works or inverting expectations by building a hearth with wood. Known for producing site-specific works in public spaces, de Salvo made one of his most ambitious projects in 2006: Nexus Eucalyptus (2006) is a 115-foot-long, 50-foot-wide construction suspended from a trellis that resembles a model roadway, comprised of cropped sections of eucalyptus trees. For the 2000 Whitney Biennial, de Salvo created a project named Face Time, a series of food trays that resembled laptops and were deployed in the museum restaurant; incorporated mirrors offered users the experience of seeing themselves eat and commentary on the isolating capacities of technology.
Members free | $15 nonmembers
To get tickets call our office front desk at 619-239-5548.