Colonial America’s foremost portraitist left Boston for the first time in June 1771 on the invitation of New York's A-listers to paint their portraits. He extended his stay from three to six months and painted thirty-seven portraits. As a group, these works are of exceptional artistic quality and interest. Join Timken Docent Elinor Merl for virtual talks about portraits in the Timken collection. 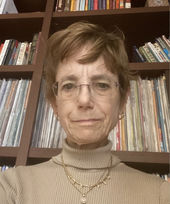