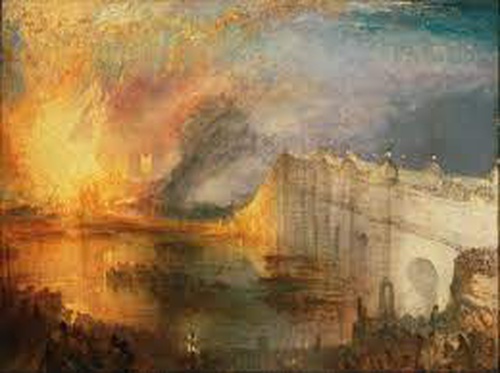 The late 18th century and early 19th century in England saw the development of the Romantic Movement in art and literature. Major artists such as William Blake and Samuel Palmer were part of this group. In addition, two of the most influential landscape painters, JMW Turner and John Constable were gaining prestige at this time. These artists, along with key members of the Pre-Raphaelite Brotherhood, which was founded in 1848 and focused on genre, literary, and religious subjects, will also be discussed in this presentation.

Image credit:
The Burning of the Houses of Parliament by J.M.W. Turner