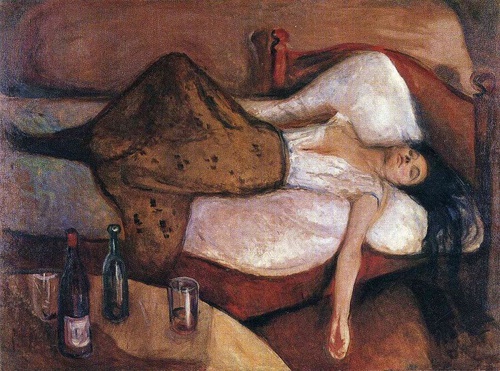 Join us for an evening of art and wine! Back by popular demand, this lecture and wine tasting by world renown wine expert Rod Phillips will focus on wine and art in America and Europe in the age of temperance – a period that includes Prohibition in America.

From the Ancient world (Egypt, Greece, and Rome) to the early 1900s, artists had depicted the pleasant and less pleasant results of drinking wine.  Consumed responsibly, wine was considered a healthy and sometimes God-given beverage, and artists showed people drinking and celebrating in small groups and at banquets. At the same time, physicians and others warned that excessive drinking was harmful to the individual and to society. Artists depicted this message, too, with images of sickness, poverty, and criminality.

When temperance and prohibition became organized movements in the 1800s, and drinking became a political issue, this ambivalence was expressed in art even more sharply.  There were still images that showed wine in a positive light, but some representations of wine-drinking were decidedly negative, and we can see art in the service of a social movement. The images illustrating this talk will include fine and popular art and other media produced in America and Europe.

About the Speaker: Rod Phillips

Rod Phillips is a professor of history at Carleton University, in Ottawa, Canada.  He is the author of many books and articles on the history of wine, including Wine: A Social and Cultural History of the Drink that Changed our Lives (paperback, 2018), French Wine: A History (paperback, 2020), and Alcohol: A History (paperback, 2019).  He is also an international wine judge, wine critic, and wine writer, and contributes to The World of Fine Wine (UK) and guildsomm.com (US).