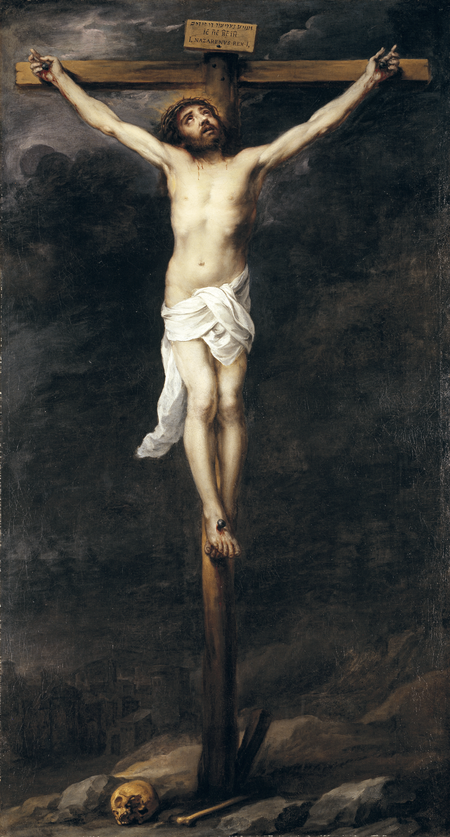 When it comes to covering the art of Spain, the Timken’s claims are modest. This has been true from the very beginning. When the museum first opened to the public, in October 1965, only a single work by a major Spanish artist existed in the permanent collection. While that number has since doubled, the Spanish school remains a fairly conspicuous gap in our survey of memorable European art. That gap gets addressed, albeit obliquely, by the fact that the Flemish master, Peter Paul Rubens (1577-1640), worked for a period of time in Madrid both as a court painter and diplomat. Is that enough of an explanation?

It is likely more complex than that. Our first great patrons, Amy and Anne Putnam, were happy to acquire numerous Spanish works during their highly philanthropic lives in San Diego. They were financially responsible for the purchase of Still Life with Quince, Cabbage, Melon, and Cucumber, c. 1602, arguably the finest picture that Juan Sánchez-Cotan (1560-1627) ever made. They gave that painting to the Fine Arts Gallery (now the San Diego Museum of Art) in 1945. Less than two years later they donated another stunning work to the same institution, this one--Agnes Dei, 1635-37--by Francisco de Zurbáran (1598-1664). Nine years before that, the Putnam sisters donated a portrait by Francisco José de Goya y Lucientes (1746-1828), Vicente Maria de Vera de Aragon, Duque de la Roca, c. 1795, after Reginald Poland, the Fine Art Gallery’s director, asked them nicely for the required funds. There were others, too. Perhaps the sisters believed the next phase of their acquisitions should pursue a separate trajectory? We can delve further into that question once I have access again to the Putnam archives. While I am kept away from those documents by the pandemic, it is worth considering their last selection of a significant Spanish painting, the one they purchased in 1955.

Christ on the Cross is big. It measures almost 7 feet tall and 4 feet wide. It is a dark, imposing image. From out of a murky background, a glowing figure emerges. His arms are spread wide apart and the body is clearly ravaged with pain. He gazes upward. A crown of thorns is placed on Christ’s brow and a faint suggestion of a halo illuminates the head from behind. At the base of the cross, skeletal remains are scattered among the rocks and barren earth. The skull is an iconographical reference to Adam, whose original sin Christ’s own death redeems. We are given direct, privileged access to the final moments of this sacrifice and the artist asks us to contemplate its significance. The work belongs to the last phase of its maker’s successful career as a devotional painter. Made in Seville in the late 17th century by Bartolomé Estebán Murillo (1618-1682) it counts among the most consequential works to come from that important Spanish art center. A similar work by Murillo, Christ on the Cross, 1675, can be found at the Museo del Prado. The main difference between the Prado’s and the Timken’s pictures is Christ’s suffering has ended in the Madrid version.

Murillo went to Madrid for extended periods throughout his life, but returned to his home in Seville around 1660. Christ on the Cross epitomizes the interests of Murillo’s final period when his works balanced unflinching realism with an appreciation for the fundamental mysteries of the Christian faith.  If you could have only one Spanish Baroque work for your collection, Christ on the Cross stands out as an excellent choice.